Welcome to AARPA capital - Earn,Learn have fun in Indian Investment Products.
Our Success mantra is Simple - Earn,Learn have Fun.
Past cannot be changed,the future is yet in your power -
10 years + of Rich Experience in the field of Banking,Insurance and Broking .
At AARPA we Believe in  Relationship ,Transparency,Integrity,prudently and Timely.
Investment in fun,various options in investment helps you to build your future,Help you to identify your needs and want in Simple Terms. 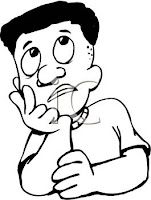 Gordon was the proprietor of a bar in Glasgow ...He realizes that virtually all of his customers are unemployed alcoholicsand, as such, can no longer afford to patronise his bar.

Best ways to invest for your child's future...!!

Are you a proud and careful parent? It's a simple question to answer. The fact that you are reading this article is proof in itself.
Not every parent is serious about the distant future of the child as planning is only visible in their intent and not action. The reason you cannot turn a blind eye towards his or her future capital requirements are so many.

Email ThisBlogThis!Share to TwitterShare to FacebookShare to Pinterest
Tags Investment 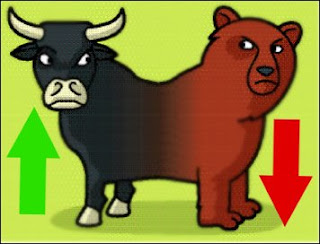 I happened to run in to Nanubhai on Dalal Street. He was eating Khaman Dhokla in a farsan shop. "Kame cho, Nanubhai?" "Saru che." He was looking glum but gestured me to join him. As I bit into the tasty dhokla with tangy chutney on the Friday afternoon, which was fast turning into a 'Manic Friday' as per Dalal Street lingo, he was staring at the bull near the entrance, which overnight had become a Russian bear hugging everybody that passed the Street. Nanubhai is a well-respected Dalal Street dada with an answer to every shareholder's query. "What went wrong with Lehman Brothers?" I asked. "Lots of things. If the founder brothers, Henry, Emanuel and Mayer were alive this wouldn't have happened. Lehman Brothers were more than a 150-year-old company. But yet, it had no Lehman in the company. Such a situation can never happen in India ." "Are you trying to tell me an Indian would have handled this differently?" "Bilkul. If it was an Indian firm, Lehman Brothers would have fought as soon as their father died and divided in to three companies. They would have diversified into clothing, polystyrene, petrochemicals, vegetables, movie making, telecom, drilling oil, mobile phones, retailing, books, spectacles, gyms, wellness. In short, anything and everything under the sun. They would have made money for themselves and their shareholders." "But when there is massive failure there would be no option but to file for bankruptcy? " "Fail-wail chance hi nahin! Even if they encounter tough times, they would have friends like Mulayam Singh and Amar Singh to bail them out. They could finish off competition by befriending the finance minister and getting duties levied on the imports of competition. They would fund and befriend ruling parties. Unfortunately for Lehman Brothers in 2008, without a Lehman on the board or some Indian business brothers at the top, they couldn't open the survival kit to stay afloat." As we were sipping double kadak chai, I asked: "Did anybody anticipate this global meltdown?" "Anticipate? Mazak chodo! I will tell you something. America has some 45 Nobel laureates in economics from 1970. From 2000 alone there are 15 Nobel laureates in econometrics sitting on company boards, treasury benches and in places like Harvard, Stanford etc. Kisiko kuch patha nahin tha! How come none of these had any inkling to the disaster awaiting the banking circles all over the world? Even the finance ministers of G-7 talked of strong "fundamentals" of world economy around this time last year! Two months back the only topic they were discussing was the rise in oil prices." "What will happen if it goes all on like this?" "Some American economist will study this, write a new a theory and get Nobel Prize next year, dekhna. Seriously, they forgot things like control, double check, systems-in-place etc and brought in vague words like Subprimes to give loans left, right and centre." "What will happen to the Indian market?" "It's already having the Lehman Brothers' effect. Our finance minister seems to like the figure 60,000. While presenting the budget earlier in the year he pledged Rs 60,000 crore to write off loans given to farmers. Now he is pumping Rs 60,000 crore to help out the banks! I don't know what he will do next. He is again fro m Harvard!" "What is the lesson to be learnt from the Lehman Brothers' episode?" I asked as we were leaving. Nanubhai took a spoonful of saunf and said: "You know, we have an old elementary rule for keeping hisab-kithab. Divide a page into 'Left' and 'Right' with a line in the middle to denote Debit and Credit. In case of LB, as somebody said, nothing was right in the 'Left' and nothing was left in the 'Right'," concluded Nanubhai.