Don't hire workers from India, China: Obama to US firms

President Barack Obama has said that he does not want US companies to look for skilled and educated workers in India and China in fields like engineering, technology and science. 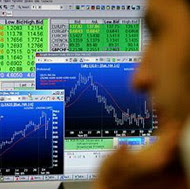 To prevent that, Obama said, he wants to give the school and teachers the resources they need to train and educated students in the US.
http://profit.ndtv.com/News/Article/don-t-hire-workers-from-india-china-obama-to-us-firms-297843?pfrom=home-business
by padaniya at February 15, 2012 No comments:

Inflation moderates to 2-year low of 6.55% in January

New Delhi: Headline inflation fell to an over two-year low of 6.55 percent in January on cheaper food items, which may prompt the Reserve Bank to cut policy rates in the coming months.Headline inflation, as measured by the Wholesale Price Index (WPI), had stood at 7.47 percent in December 2011. It was 9.47 percent in January last year.
The latest numbers are the lowest since December 2009 when headline inflation was at 7.15 percent.On inflation, Finance Minister Pranab Mukherjee said that the rate of price rise was still not at an acceptable level and should fall further."I think it (inflation) should be further reduced since it is still not at acceptable level. I do hope (further) moderation will come," Mukherjee told reporters.

Email ThisBlogThis!Share to TwitterShare to FacebookShare to Pinterest
Tags inflation 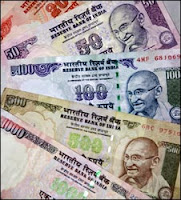 NEW DELHI, Feb 10 (Reuters) - Indian industrial production growth slowed sharply in December, its slowest pace in two months, adding to pressure on the central bank to start cutting interest rates to help stimulate an economy that is headed for its slowest growth in three years.
Output from India's factories, mines and utilities increased a lower-than-expected 1.8 percent in the month from a year earlier, government data showed on Friday.
Analysts on average had expected a rise of 3.4 percent, a Reuters poll showed. The December figure compares with November's increase of 5.95 percent.
http://www.reuters.com/article/2012/02/10/india-economy-output-idUSL4E8DA19A20120210

Nokia Oyj, the world’s largest maker of mobile phones, will cut about 4,000 jobs in its factories in Hungary, Mexico and Finland to speed up the delivery of devices and get closer to suppliers.
Cont Reading »
by padaniya at February 08, 2012 No comments:

Email ThisBlogThis!Share to TwitterShare to FacebookShare to Pinterest
Tags jobs

Market regulator Sebi has decided to share with the Ministry of Corporate Affairs the names of over 500 companies, which have garnered money from investors in violation of its Collective Investment Scheme (CIS) rules.
Sebi would also give the names of the directors of such entities to the MCA, so that necessary actions can be taken to prevent these companies and persons from being associated with any new company, a senior official said.